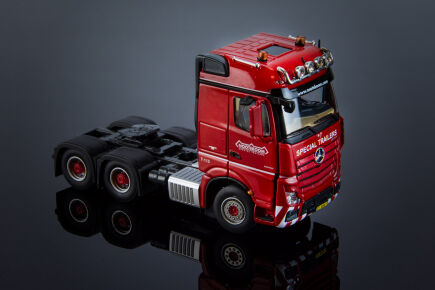 Following the first Mercedes-Benz truck, in the version of the Mercedes-Benz Arocs SLT BigSpace 8x4, the second truck developed by IMC Models is now coming onto the market. This time it is a Mercedes-Benz Actros BigSpace 6x4. This truck was also developed in close collaboration with the production engineers at Mercedes-Benz. What has resulted in a realistic, functional and very detailed model with unique characteristics. Some examples are doors that can be opened, the proportional control and the variable cabin positions.

Open doors
The choice of doors that can be opened is quite unique in this scale and emphasizes it even more detailed. It also offers extra possibilities when placing the scale models in dioramas. With this first Redline series you receive as a bonus a driver doll in Nooteboom clothing that you can place in the cabin.

Heavier than ever
In this scale model of the Mercedes-Benz truck, less plastic and more metal was used than before. This not only makes the trucks feel heavier and more robust, but also improves durability and stability.

Complete model
The new Mercedes tractors from IMC are fitted with fixed mirrors and antennas as standard and therefore do not have to be mounted and glued afterwards. Moreover, the scale model is robust and shock-proof, which prevents damage during shipment or transport. In addition, the truck is in the package instead of lying. This makes the model easier to remove from the package. 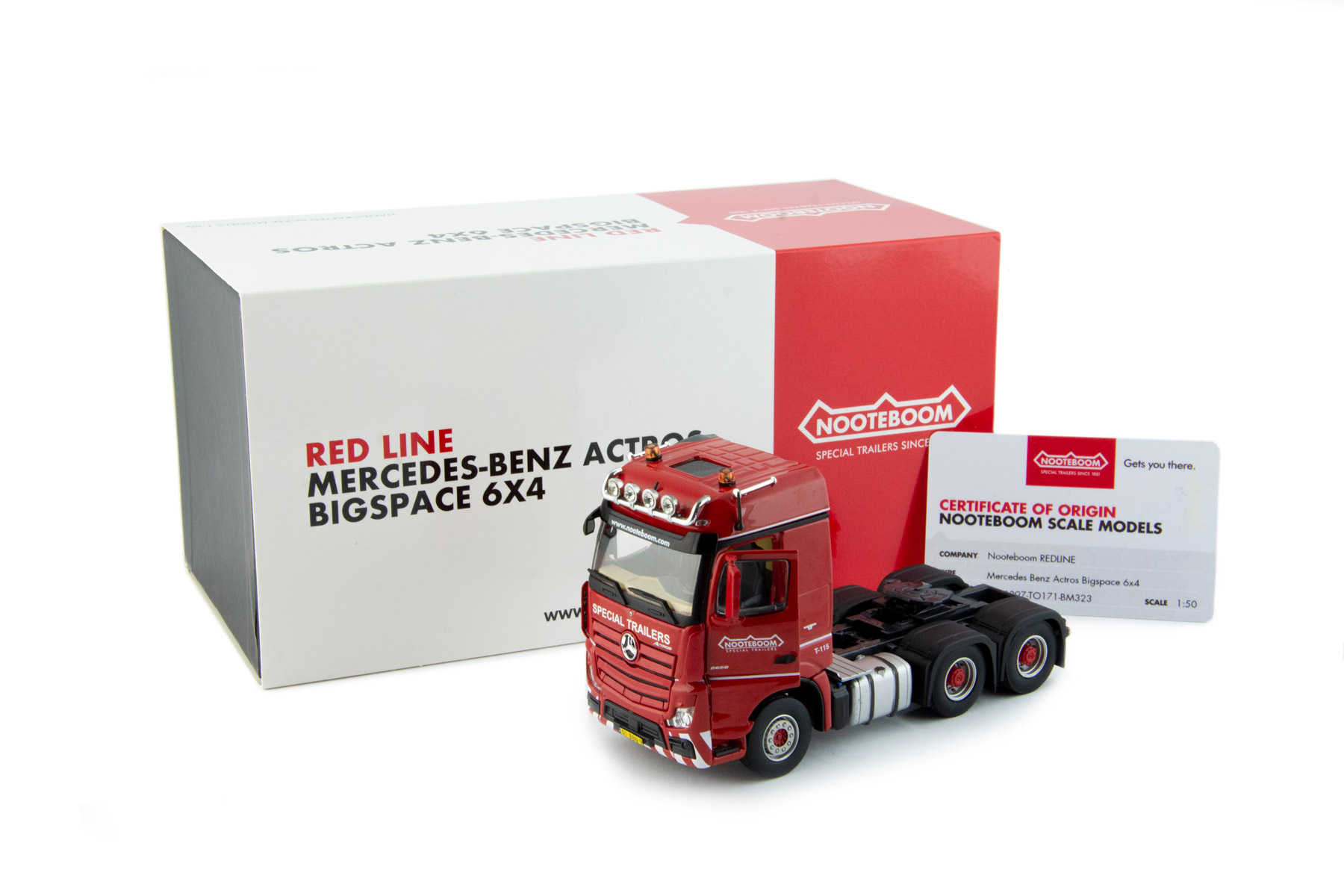 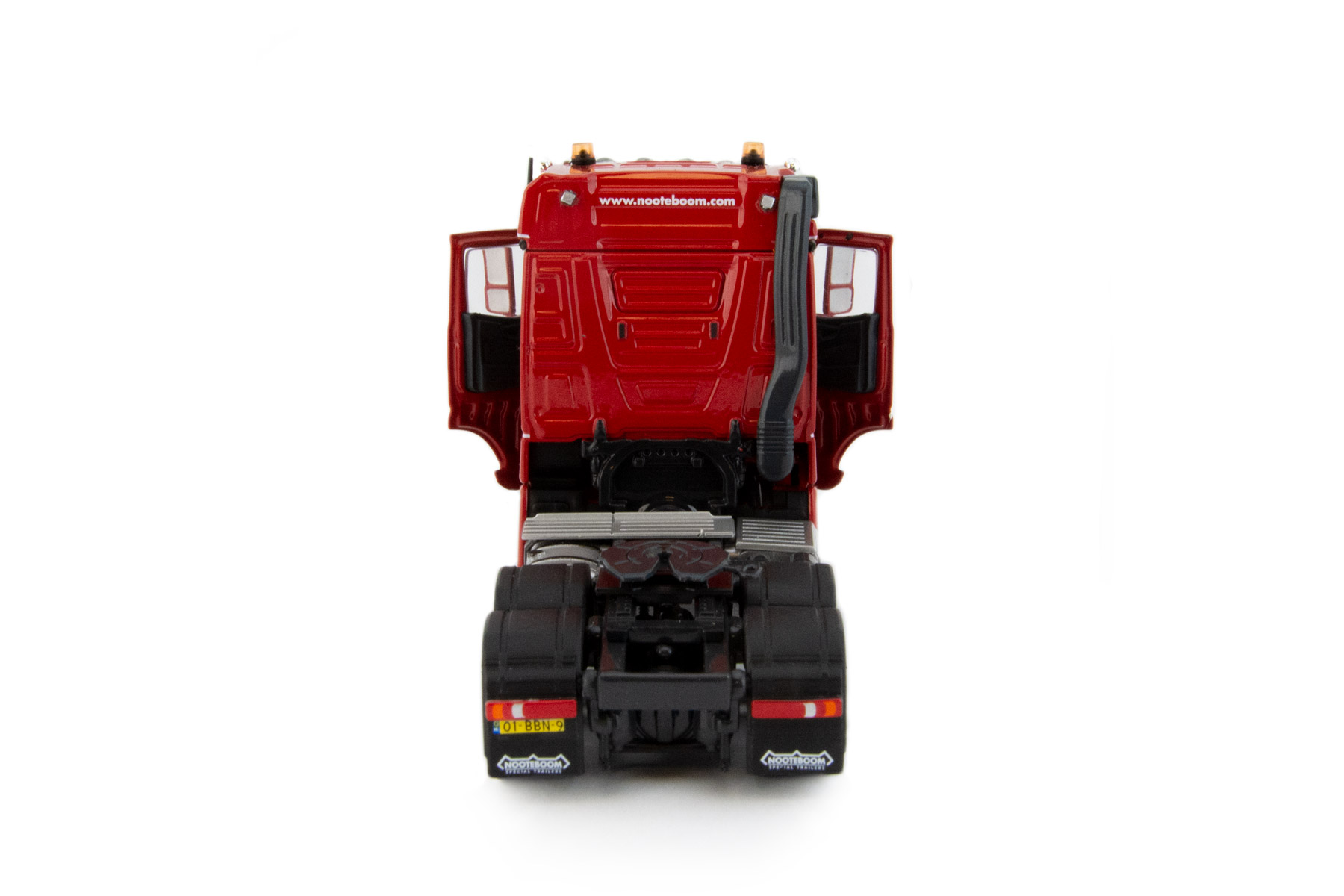 Back to the overview

Your web browser is outdated.

For correct viewing of this website is a recent version of your browser required. You can update your browser by downloading the latest version.